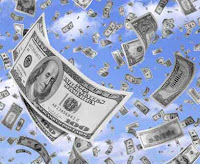 The President of the Catalan Parliament is an independist, communist republican (ERC) called Ernest Benach. The Spanish, Catalan and European papers have been having a field day with Mr Benach, who seems unmoved by the fuss. Every official in political office throughout the EU has a car at his disposal, usually with chauffeur thrown in for good measure. Using a motor you do not drive (or have to park) is one of the perks. Mr Benach is probably guilty of one major fault; bad timing.

In the throes of the beginning of a deep and lasting recession, in Cataluña and all other regions of Spain (and Europe), the President of the Catalan Parliament had had some ‘tuning’ done on his official motorcar that has caused a serious breach between ERC and ICV, two of the fiercely independist political parties in Cataluña.

The Councillor for Institutional and Interior Relations (where do they fabricate these wonderful working titles?) Joan Saura, has demanded an immediate investigation into the bit of tuning ordered by Benach on his Audi A8 Limousine. The tuning seems to have consisted in new extras placed in the car at a cost of 9,276 euros. These extras include a wood-panelled desk with a relaxing footrest beneath, a television set and connections for both MP3 and Bluetooth. The Audi itself is on the market at the tidy sum of 130,000 euros, but in all fairness to Mr Benach, he got it cheap at 83,386 euros using the ‘renting’system (you rent the car over a long period and can exercise the right to purchase when that period is over).

During interviews with the international and national press, the Councillor said: “it has escaped nobody’s notice that expenses of this kind, incurred while the country suffers a financial crisis, are in any way justifiable. In fact, such gastos are offensive”. Saura added that though it would be most unusual to open an investigation into the actions of such a senior member of Parliament, it will be up to Mr. Benach to explain his actions.

The Catalan Opposition, led by CiU, PP and Ciutadans, joined in the chorus of disapproval. They emphasise that this has occurred just as the proposed Ley de Dependencia has had to be postponed for lack of funds. They add that the Councillor for Health has just suggested making ordinary people (those without an A8 Limousine) pay for their National Health visits to the doctor.

Leader of UDC Josep Durant Lleida calls the ‘tuning’ unnecessary, and the President of the Popular Party in Cataluña, Alicia Sánchez-Camacho is another leader who calls for an ‘immediate’ and ‘intense’ investigation. She insists that at times of grave financial crisis, both political parties and their members should be the first to present an image of austerity, especially now, when many if not not most Catalan families are experiencing serious difficulties in staying solvent towards the end of each month.

Mr. Benach normally uses his chauffered motorcar to drive daily from his home town of Reus (Tarragona) to Barcelona where he presides over Parliament. Other senior politicans use Volkswagen Passats, and there is one more Audi, an A6, bought new. Joan Puigcercós, actual leader of Mr. Benach’s party, ERC, says he uses a Renault Laguna, though he has the right to use the Audi A6 if he wishes. In fact, Puigercós says he prefers the Renault.

The seriousness with which Puigcercós approaches present pecuniary difficulties certainly contributes towards reducing costs in the everyday running of government, most appropriate at a time when the Antifraud Squad in Barcelona is working on a proposal made by the republican party ERC, in which cases of political corruption will be fully investigated.

The question that nags me is why Benach should want a wooden desk and a footrest in his official limousine? Surely he works long enough hours controlling sometimes fractious and contentious MPs, without labouring on and on during his long drive home. And a TV set? Well, the latter would be nice for those moments of calm in which Mr.Benach could watch Barcelona F.C. beating up some hapless opponents on the soccer field.

In case you think I have forgotten something, I haven’t. You are quite right of course. Neither Mr.Benach nor any other politican actually pays for such trifles as these, himself. These costs are met, like everything else, by the taxpayer; which is presumably why the European press is making such a fuss.