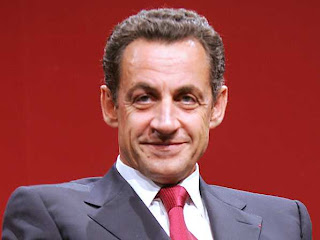 Quite recently the big guns in the European economy, France, Germany, Britain, Italy etc., held a summit meeting to discuss what the administrations of each could do to simmer down emotions over the imminent ‘catastrophe’ of a Grand Recession (awaited not exactly with bated breath, but a certain weary acceptance) by financial experts for at least a decade.

The only problem, if it was a problem, was that Spain, in the person of her President of the Government was not invited. The world’s press was aghast. Everyone knows that relations between the USA, President Bush, and the present incumbent of the Moncloa are shaky, sometimes rather rude, but Spain is an integral and important part of Europe, and there was no seat for Mr Rodríguez Zapatero.

Some columnists asked why. One of the answers came from a senior member of the European Parliament, who suggested that there was no point in inviting Zapatero to a high-level conference about An Impending Crisis, when Zapatero refuses even to use the word ‘crisis’ in any speech. The world must assume therefore that as there is no crisis, Mr Zapatero would not be required to put his position. This may be cynical, but up until now no senior person in the Spanish administration has been heard to mention the c-word.

But one can safely assume that ZP was miffed, to say the least. Suddenly, diplomatically, he was invited to the palace of French President Sarkozy for a face-to-face chat and lots of photo calls, with the Arch-Conservative embracing the Arch Socialist as the solemn guards in their splendid Napoleonic uniforms pretended not to look.

From the moment of their meeting, neither man moved at anything less than breakneck pace. Chancellors, Prime Ministers, Ministers of the Economy, all were summoned (again) to a summit. This time Spain was not forgotten, which is in fact a Good Thing, because Spain is one of the very few countries in Europe where the economy is still on a sound footing, with the major banks declaring their usual obscene profits (if interested, take a look at the profits of the Grupo Santander); the petrol companies not lowering their price-of-a-litre by a centimo while the oil producing states have reduced their per-barrel cost from over 100 bucks to an average of 73 etc. As it turns out, ZP was to a certain extent right in not mentioning the word ‘crisis’, as life trundles on throughout Spain, upset yes by the dreadful weather, with towns flooded, but (as yet) no suited gentlemen (or ladies) hurling themselves in despair from the eighth storey.

A pleased Nicholas Sarkozy emerged from meetings to remark, “I believe I can say that the watches of Spain and France show the same time,” in reference to agreements between the two powerful old women over the economy. Some cynics might say (and are saying) that Sarkozy has forgotten something: something relevant. The fact is that the two watches are on two different wrists, and some people are not sure if ZP can bear the weight of his. The same measly cynics say this is the reason why ZP was not invited to the previous summit, but they are possibly being cynical.

Whatever, Zapatero asked Sarkozy if, in his position as temporary President of the UE, he would call another summit, and Nicholas came up trumps and organised it for the following day! Thus Mr Zapatero could assume once again his coveted position as one of the central pillars of Europe. Incidentally, the second summit took place two days after Black Friday (10th October) for the European Exchanges, where closing figures of -8.5% were shockingly normal.

During the second summit Silvio Berlusconi of Italy suggested that the only way out of the crisis was to suspect all activities in the Exchanges. When he was quizzed on this later at press conferences, Berlusconi pretended he knew nothing about this impious idea, though he knew that ‘some people’ has suggested it as one of the panaceas designed to lead us out of recession.

“One hears this sort of thing all the time,” he admitted. Italian banks responded by persuading the Italian population that they were perfectly solvent thank you, and that there was no need for worry (or millions of bank clients in long queues trying to withdraw their savings).

3 comments for “France, Sarkozy and the ‘neglected one’”